The cake is done 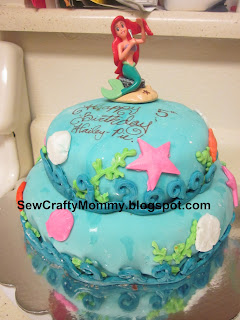 The Jelly fish are made
flounder is made. Now all that is left is the food and the goody bags 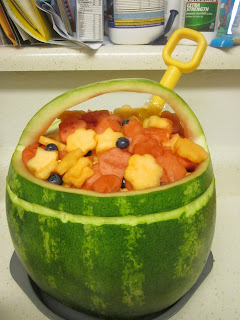 Since I have already carved a  shark out of a watermelon. I pretty much had an idea of how to make a pail- much less difficult than the shark, that I'll tell you. I started by cutting the bottom off the watermelon and placed it on the cutting board (later to prevent leaving I put it in a 9 inch cake pan). 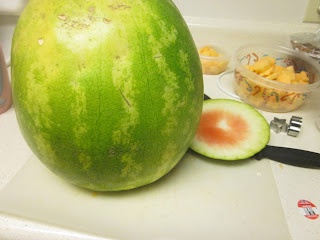 Next I marked the lines for the pails handle and then cut it out. 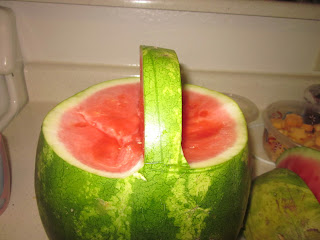 The hardest part was cutting the pieces out and keeping them in one piece so that I could present them nicely. I learned a few things: 1) The beginning was the easiest when I ran a knife around the rim and then in the middle slices. 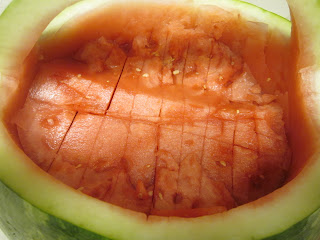 2) As you get deeper it's more difficult to cut, so I made those pieces into cubes to use at the bottom of the bowl.
3) The original people (much like the shark people) probably used 2 watermelons.

What could be cookie cut, I did. the rest was cubed. 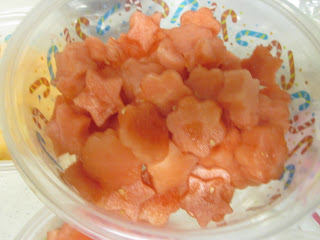 I also cut up some cantaloupe in star and flower shapes. 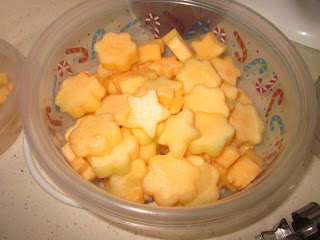 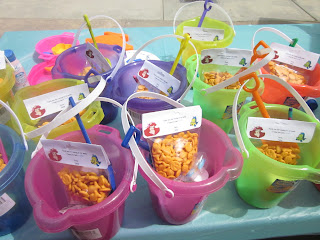 To make the goldfish labels, all I did was use my Avery labels (the bag size),  find a photo of Ariel and Flounder and put them on with the saying "Thanks for coming to my party, I hope you had a splash! from,___" and printed them out. I filled them this morning to keep the goldfish fresh & took them to the park and in record time made them before the guests arrived. 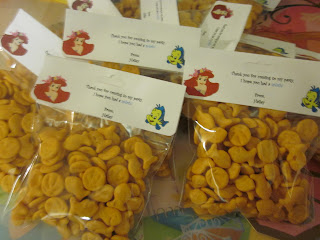 Inside we have:
We bought all the stuff before heading on vacation, but couldn't really make any of it because we didn't know how many kids would show up.  We pre bough the shovel and pail at the dollar store along with some bubbles. We added pencils and chips ahoy cookies (the mini kind that people put in their lunches). 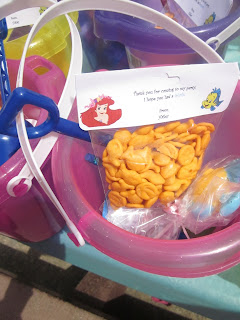 Last night I also made candy mold lolipops with white chocolate that is colored. You can also just use one color and pour it into the mold that had sprinkles. Since the bags I bought were too small, I cut off the zip loc part and tied them closed this morning with pink ribbon 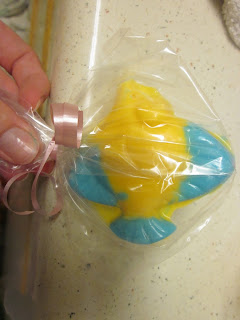